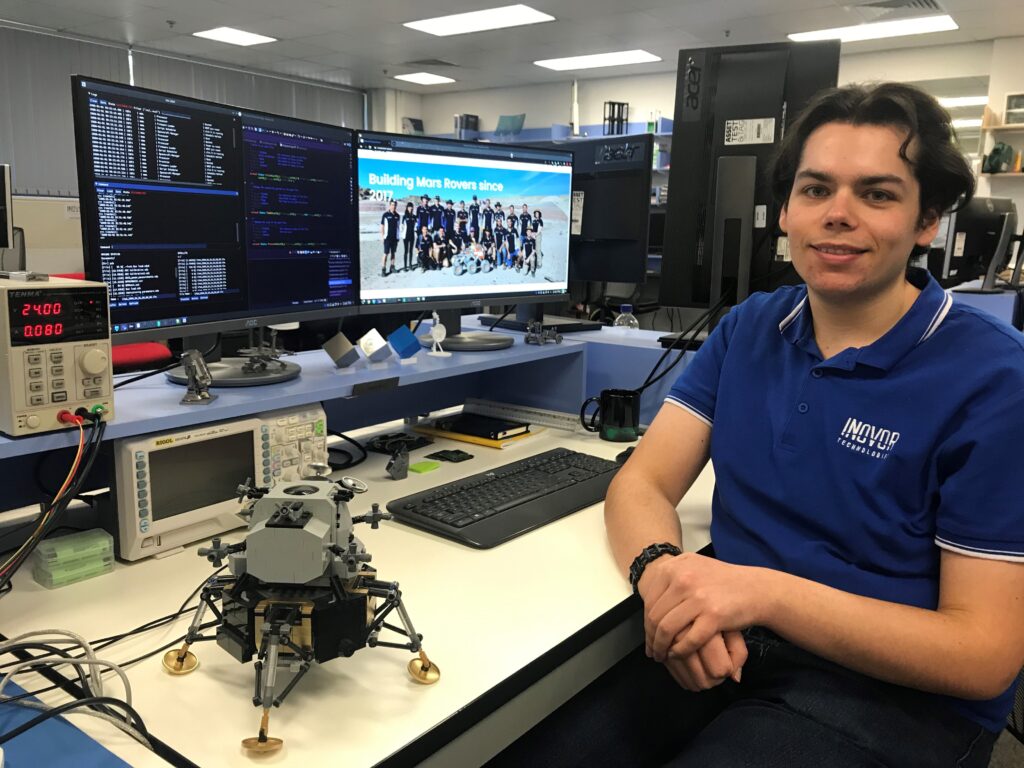 Inovor Technologies’ Embedded Systems Engineer, James Hain, is a finalist in the Australian Space Awards for Graduate of the Year.

Embedded Systems Engineer at Inovor Technologies, James Hain, is a finalist in Space Connect’s Australian Space Awards in the ‘Graduate of the Year’ category.

James, a graduate from Monash University, is a fabulous ambassador for Australia’s space industry, dedicating his time to engaging in outreach activities to inspire students into space careers.

Recently, James has been working with a subset of the Monash Nova Rover team, and others from across the industry, to compete in NASA’s ​’Honey​, I Shrunk the Payload’ challenge.

Since starting in 2019, he has worked with almost every component of the company’s Apogee satellite bus.

James said: “I have a wide range of science and technology interests.

“Some of the projects I’ve been involved with throughout my career, and personally, to date include robotic arms & Mars rovers and condensed matter physics projects involving electron and probe microscopy.

“Being nominated for Graduate of the Year is an honour. I’m lucky to have been helped along the way by friends and family.

“I have been very dedicated and persistent in following my interests to become part of the space industry in Australia.”

Inovor Technologies is a finalist in three categories in the 2020 Australian Space Awards:

About the Australian Space Awards

The Australian Space Awards celebrate the top talent in Australia’s space industry, recognising the contribution of professionals and businesses in 22 categories.

Winners will be announced on Thursday 19 November 2020.